Amanda's step-father, George White, was one of the Old 300 (first 300 settlers in Texas - Austin's Colony).

Later in life, Amanda changed her middle name from Elizabeth to Caroline.

MRS. SHOOK DIED TODAY AT ADVANCED AGE OF 94 Was Native Texan and had Never Been Outside this State:

Born in Harris County on a farm, June 10, 1821. Mrs. Amanda C. Shook, aged 94 years, died here this morning at 11:15, at the home of her daughter, Mrs. M. E. Norris, 910 South Tenth street. The funeral will take place in the morning at 10 o'clock. Internment to be made at Oakwood. Rev. O.E. Bryan, Pastor at the Clay Street Baptist Church, will officiate.

Mrs. Shooks death was due to the infirmities incident to old age. She regained full possession of all her faculties up to the hour of her death. During the course of her lengthy lifetime of nearly a century, Mrs. Shook had never been outside the state. She was always perfectly happy and contented within the confines of the state where she had been born, and had never expressed a desire to visit any other state. Mrs. Shook was naturally acquainted with all the thrilling periods of early Texas history, and she could recall many interesting incidents which came under her personal observation with remarkable clearness.

She had lived in Waco for the past eight years, making her home with the daughter at whose residence she died. Besides Mrs. Norris, the other surviving children are: T. Shook, Waco; Mrs. I. McPhearson, Malone; W.R. Shook, Peggs, Okla; P.S. Shook, (????), Mrs. C. A. Hawkins, Dallas.

Other descendants include 114 grand and great-grandchildren and 14 great-great grandchildren.

Amanda is buried with her daughter, Saphronia Carolyn (Shook) Norris, and son-in-law, Michael Edwin Norris at Oakwood Cemetery in Waco, McLennan County, Texas. Although Saphronia and Michael have a headstone, Amanda's grave is unmarked (or no longer marked). I have visited the cemetery once (ca. 2005). It is a very, very large cemetery, but I was able to locate the gravesite. If I remember correctly, the location is somewhat to the back and the left of the cemetery (I hope I don't steer you wrong). It is sad that one of the first settelers in Texas is buried without a marker. I hope to remedy that someday.

* Note that the ages for Josiah and Amanda are difficult to read on the census. They could be 61 and 58. 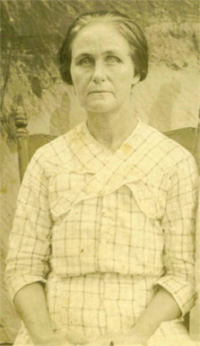 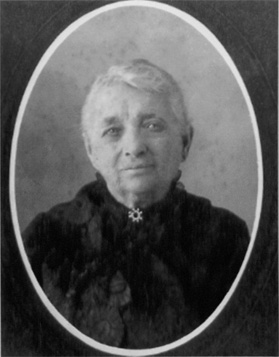